On the occasion of 112 Day 2017 (11 February), the European Commission published today a press release on the importance of emergency services receiving location information from mobile phones, and on Advanced Mobile Location (AML), an emergency location technology.

EENA thanks the European Commission for raising awareness of AML and for facilitating the deployment of handset-based location, showing concrete support to European emergency services and public safety. 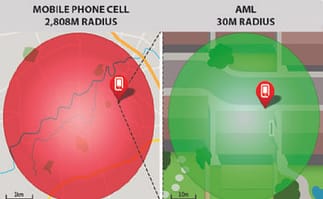 A NEW TECHNOLOGY TO THE RESCUE

AML can fix this: If an emergency number is dialled from an AML-enabled smartphone, its location is sent to emergency services. How? If not already activated, the phone activates GNSS data and sends a message before de-activating it again. It also uses Wi-Fi, depending on which is better.

AML is faster and more accurate compared to most other techniques used by emergency services. It is easy to implement and with minimal cost.

But more importantly, it is saving people: in January 2017, a young boy in Lithuania found his father unconscious and called the emergency services for help. He did not know his address and Cell-ID information received (a commonly used location technique) had a radius of 14 kilometres, making it impossible to find the boy. A few seconds later, AML provided a radius of 6 metres. Emergency medical services treated the man, who has now fully recovered.

“Advanced Mobile Location is a powerful tool. I encourage European countries to act now and deploy it, and all smartphone operating systems to enable it as soon as possible.” said Gary Machado, EENA Executive Director.

Lithuania deployed AML within HELP 112, an EU project working on the improvement of location received by emergency rescuers. “HELP 112 has already saved lives.” added Gary Machado. “Congratulations to the European Commission, as well as to all project partners, for making this happen.”

Austria, Estonia, Lithuania, and the United Kingdom already deployed AML. Several other European countries are testing the technology, in order to deploy it in the coming months.

* Study scenario assumes deployment everywhere in the EU, in all phones and with multiple constellations, including Galileo.